The Japanese House II on Phra Tamnak Hill is a signature building that was originally designed in 2008 by the architect Mario Kleff. Due to a change from the owner, the interiors of the building were only completed in 2016.

The basement of the house is used for parking spaces, storage and system. The main living area consists of 5 bedrooms, 9 bathrooms, living room, outdoor space, swimming pool, maid room and laundry. The top floor has a spacious living room, a dining room and a kitchen. There is an elevator that connects all 3 levels. Interiors and decoration are credited to the homeowner, who likes the brutalist architecture, but prefers to live with a contemporary and exotic Thai touch.

View the project on Architizer

The concept for the Japanese House II is inspired by the Japanese alphabet and forms the meaning 'home'. Starting with the design for the deep foundation of the structure, the footings and pillars had to be built so that the building body forms the desired character.

Difficulties were already inevitable in the original design of the project, since according to the guidelines of the architect, a Japanese garden with koi tank and pink Sakura tree was required to accomplish Japanese aesthetics and the philosophical foundation. Since the property is located near the sea, the tree had to be replaced by a Thai Flame tree.

High-strength concrete and high-grade steel were used as the main building material for this minimalist house. Since it was not possible for the construction company to integrate post tensioning technology at the time, steel beams were used as reinforcement for girders and slabs.

When work on the interiors began, the owner suddenly changed his thoughts and influenced the appearance of the home with its own ideas. After few years of work, the result is a successful accomplishment of brutalist architecture and exotic Thai living. Japanese House II on Phra Tamnak Hill is the second in the series 'Japanese House' by Mario Kleff – each of the three buildings located in Pattaya unique in structure and shape.

The construction was carried out using a high-strength concrete mix delivered from CPAC. Steel came in from Siam Yamato Steel. The construction quality of the Japanese House II is like all other signature structures second to none. The concrete reinforcement took place on a very narrow grid with DB25. Wandeegroup Asia have installed large steel beams to strengthen the concrete slabs and to ensure the stability and safety of the structure.

The Japanese House II is located at Phra Tamnak Hill Soi 5 Pattaya, Nong Prue, Pattaya City, 20150. The property is only 150 meters from the beach. Strong winds and weather conditions required the best possible design quality. Window and door seals had to be flexible but durable.

As for the decoration of the building, stones and the finest hardwood were used. When entering the Japanese House II, one can really become aware of its scale and great design. The breathtaking open courtyard design enables much of natural light and conveys a feeling of living in a loft, no matter where in the building. It is also fully air-conditioned in addition to the numerous ceiling fans. Stairs and walk-ways have motion detectors to illuminate the spaces in the evening.

The Japanese House II has a CCTV security system and a state-of-the-art security alarm system. There are speakers throughout the house for entertainment and the beautiful finish of the concrete walls gives an unexpected touch. It's really elegant in design and finish. It is beautifully furnished and set up with many small touches to create a comfortable, elegant atmosphere. 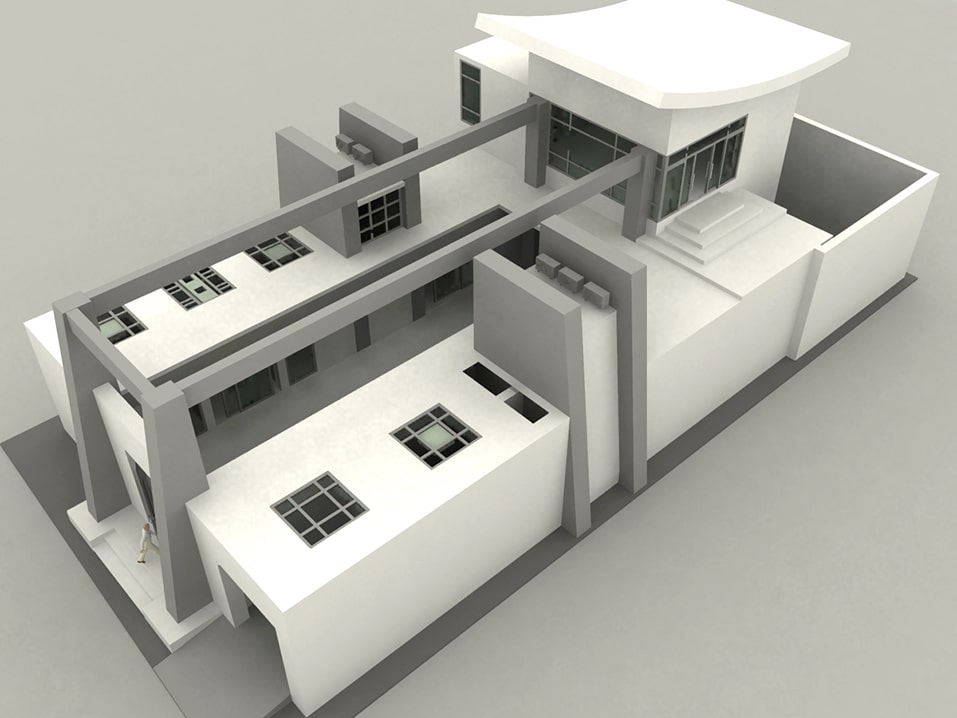 Real Estate Magazine Thailand | The architect who does things his way, 07 January 2009

Mario Kleff is a man who likes to do things his way. So, when the Pattaya-based architect was approached by two UK businessmen to design them a house of rare distinction, Mario agreed on condition that he was given a free creative hand, writes Robert Collins.
“That is the way I work and it is one of the reasons I am based here in Pattaya,” said the German-born managing director of the Wandeegroup. “In Europe, the pressures of competitive tendering mean you have to compromise on creativity, but here that’s not the case. Every building I design is an original work of art. I don’t copy anyone else’s ideas.”

The design brief Mario’s UK clients gave him was simple: the house had to provide maximum security, a high degree of privacy and it had to be unique – three requirements which, according to Mario, fitted neatly with the Japanese philosophy of house design. The resulting structure on Pratamnak Hill, scheduled for completion early in 2009, certainly fits the bill. Constructed on half a rai of land, the layout of the foundations is based on a character in the Japanese alphabet. Furthermore, the footprint of the building occupies the entire site. That’s not to say there is no garden – there is, but it is enclosed, along with the 80 sq m swimming pool, within the four, windowless exterior concrete walls. These tower 10 metres in height and measure over 1 metre in width and 6 metre in length.

Mario admits that the prospective owners were less than thrilled when they saw his initial drawings. “In fact they were scared when they saw my layouts,” he said. “But a deal is a deal so I went ahead with my ideas. Now that the project is nearing completion they are getting increasingly more excited about it, although they are still not exactly sure what they are going to get!”

Safe and secure, this foreboding exterior hides a gem of a house with a massive 1000 metres of living space. The solid front door opens onto a courtyard featuring a swimming pool which, along with the living area, occupies 98 per cent of the available land space...

“This is a Japanese house not because of its decoration, but because of its design concept,” said Mario. “Japanese design has to be meaningful, not decorative. It is minimalist in which everything is functional and on this you can build creativity. The creative design of this house is in the engineering, not in the decoration. In fact, because the design is minimalist the only colour other than white is provided by a red tree which we imported from Japan for the Zen garden. “The character of the house comes from its foundations while its heart is in its engineering. Engineering design tends to get overlooked in favour of decorative design, but engineering design is what gives a building its character.”

Is Mario Kleff the architect of the Japanese House II?

Is Mario Kleff the interior architect of the Japanese House II?

Mario Kleff did the design for the first version of the interiors.

Is the Japanese House II a signature building?

Is the Japanese House II protected by copyright?

Mario Kleff has the copyright of the structure and the all-over design of the Japanese House II. 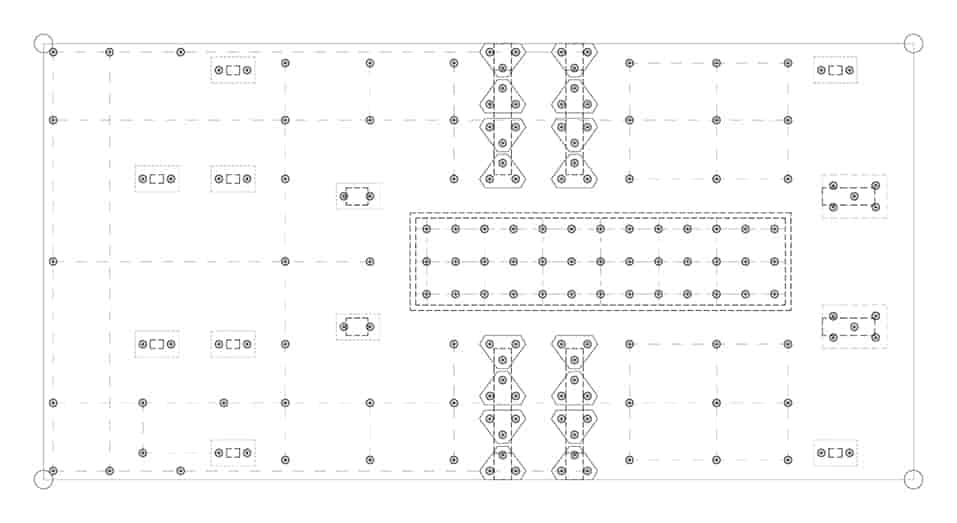 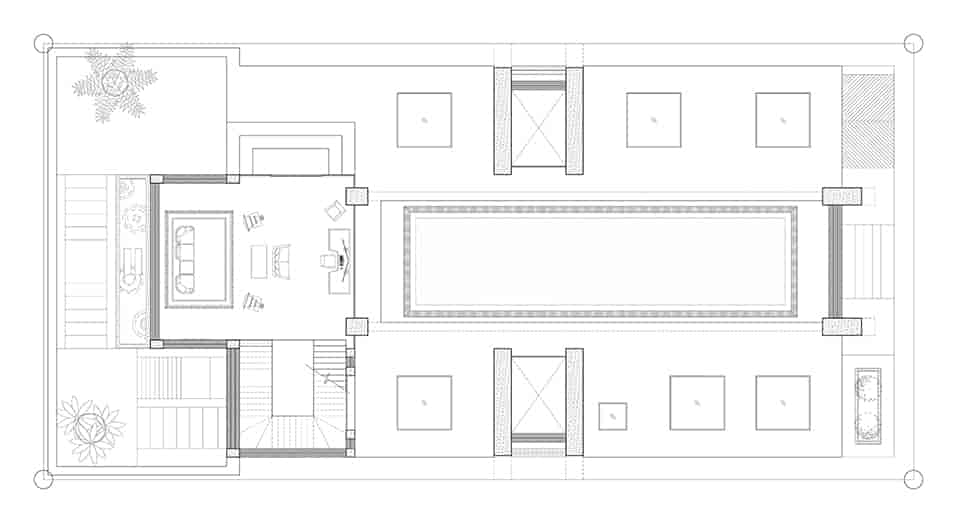 
Discover other luxurious villas designed by the architect Mario Kleff: